This week I was invited to a screening of Thriller Live, the West End show devoted to the music of Michael Jackson. As a result I’ve added 10 MJ songs to my spotify playlist and have been humming ‘Man on the Mirror’ for 3 days now.

An absolute must for MJ fans.

Thriller Live Review – Even a casual MJ fan will enjoy

I must admit that I never considered myself a huge fan of Michael Jackson. Sure I like the classics, but would I be ready for a whole 2 hour show featuring his biggest hots? I wasn’t convinced. But, after experiencing this energetic, talented and unashamedly camp show, I’m now convinced that anyone with even a fleeting interest in MJ’s hits will enjoy Thriller Live.

First, let me explain exactly what Thriller Live is. Unlike other shows featuring the music of chart topping artists, such as We Will Rock You and Mamma Mia, which have unique stories peppered with the artists songs, Thriller Live is essentially a concert of continuous MJ songs. There is no story, not much traditional acting and only a few monologues about the life of Jackson. 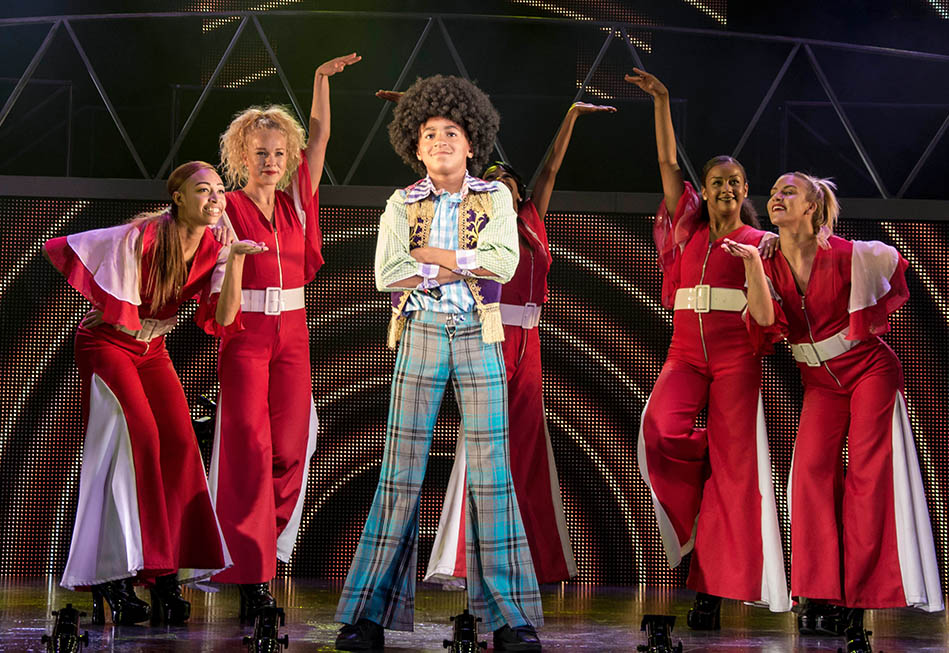 Virtually the whole show is a series of wonderfully performed Jackson numbers, backed with a troupe of dancers, special effects and great lighting. It’s the closest thing to a live Michael Jackson concert you can get. The evening starts with songs from the Jackson 5 era and gradually moves through MJ’s career, his biggest hits and some less well known songs.

If I had to guess I’d say there were around 20 individual songs performed, each with a whole dance number, props, light show and costume change. While there is no ‘story’ in Thriller Live, the sheer variety of costumes, music and performers makes you cease to care. 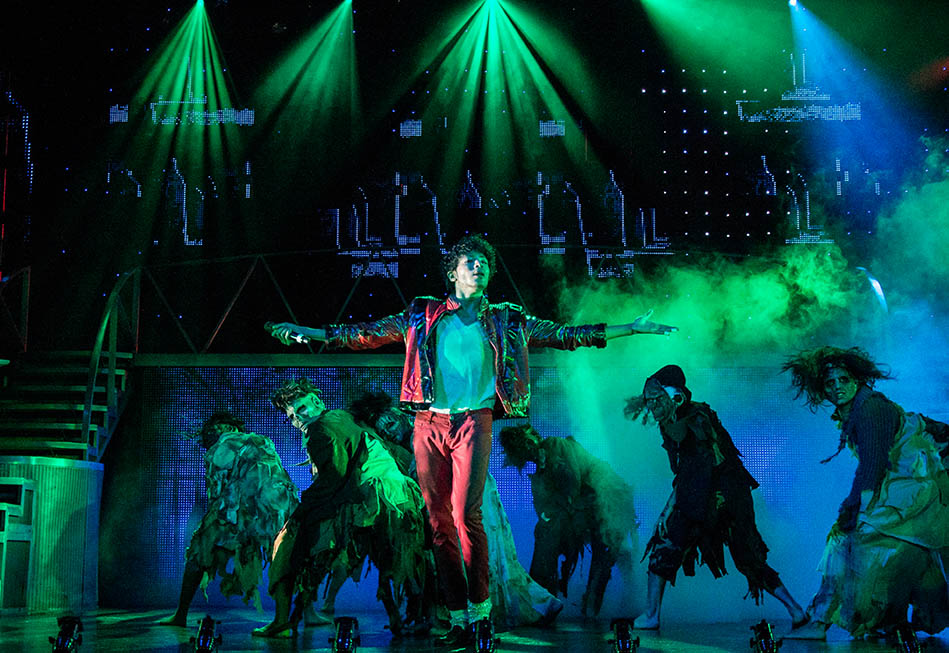 The dancing in particular is extremely impressive. I cannot imagine the stamina required to perform over a dozen choreographed numbers for two hours twice a day.

One slight grievance with the show is the small amount of forced audience participation, including the classic “everyone on their feet!” and “wave your arms to the music!”. Mercifully there were only two occasions in the whole show where this was enforced and most people seemed to be happy to join in, I guess I just feel a bit awkward in these situations. Talking of audience participation, even when there was no encouragement by the cast, many audience members could be seen singing and dancing along. After every song there was a rapturous applause, accompanied by whooping and shouting. This is very much closer to a music concert than a west end play, but it makes for a fun and unique evening.

The songs themselves were handled by 4 separate artists, the first a young boy who took care of the Jackson 5 era of the show. He was an exceptionally talented for his age but his songs was clearly a warm up for the rest of the show.

The adult singers were nothing short of exceptional!  There was a young male singer who sounded almost identical to the man himself; in fact I closed my eyes at one point and it really was difficult to tell the different. A female counterpart often stole the show whenever she was on stage, her powerful voice easily filling the theatre. This is a well rehearsed and exceptionally executed show.

Would I recommend going to see Thriller Live? If you are a big Michael Jackson fan, the there is no question that you will absolutely love this show. You just need to go. If you don’t consider yourself a particularly big fan of the King of Pop, just like me, I’d still recommend this show. I rediscovered many songs that I had forgotten and even during the songs I didn’t know (or like), I was still thoroughly entertained by the spectacle occurring on stage.

Heaven Review | A once great club ruined by overzealous security