Last weekend I had the pleasure of attending a hen party (yes, I am a man who went to a hen party and I am PROUD!) for one of my dear friends. The majority of this hen party took place at the famous Tiger Tiger club near Leicester Square.

As part of the hen party package that was purchased (for about £12 per person) we received our own booth, 4 jugs of cocktails to share, a cocktail making class (which includes 2 cocktails to drink) and some snacks.

This package felt like pretty good value, but obviously, this is a hen party and 2 cocktails each wasn’t going to cut it, which is when we discovered that the good value doesn’t extend all night in tiger tiger, but more on that later. 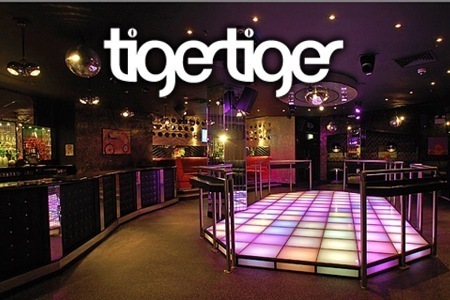 Cocktail making at tiger tiger is a pretty simple affair. Basically, your group is taken to the quiet side of the bar that isn’t open yet, well, I say quiet, there is still loud music playing which makes it hard to hear what the barman is trying to explain to you.

Your barman/teacher will explain the type of shots they use and the different drinks they create, which is all very interesting but really I just want a drink. Finally, he will ask someone to choose from the menu a cocktail, having not had a drink for over 6 minutes I volunteered immediately and chose a long island ice tea. He then demonstrated to me how to make the cocktail perfectly and handed me the finished product to drink, delicious.

Each member of your party will then be asked which cocktail they would like to see made, I would choose one you know you enoy, because you are about to drink two of them. Once everyone had been shown how to make their cocktail, it was time to get behind the bar and have a go ourselves!

It was actually harder than I thought it would be, I must have spilled half a shot of vodka down my hard at least twice (probably nothing to do with the 4 cocktails I’d already had).

The barman was next to me the whole time to help me get it right, and to ensure I only used half shot measures instead of full shots which would probably be too expensive for them. Fortunately half way through making my cocktail a fight broke out at the other side of the bar and the barman in charge of us ran to sort it out. I took this opportunity to add two full shots of vodka into my already alcohol saturated long island ice tea. Suffice to say I got my moneys worth out of that cocktail.

Everyone in the group had a go at making their cocktail and everyone seemed to be having a good time, but it did feel a tad unorganized. There was nowhere for us to put out bags and coats as the cloakroom was shut so we just piled them up on the floor in front of us, we also had to stand for the whole time as all the other seat were being used. Cocktail making was a bit of fun and we got some drinks out of it, but I wouldn’t say it’s a must do activity, rather something to do if you have a big group and want to do something a bit different.

Tiger Tiger is split over 3 floors. The ground floor has a bar, restaurant and small dancing area, the basement has a few bars and a large dance floor and the first floor has a small private bar. I mostly spent my night on the ground floor, but did venture to the basement towards then end of the night. I didn’t go up to the first floor so I can’t say if it’s any good or not!

I was in Tiger Tiger from about 8pm till 1am and the club was very busy for the entire time. This is clearly a popular club for young professionals and it’s certainly lives up to its reputation as a hot night out in London. It’s not a big place and it doesn’t have a distinctive atmosphere, but it’s attractive and comfortable.

Be aware that if you arrive any later than 8pm, you will struggle to find and where to sit as seating is limited, also expect to be waiting at the bar for more than 10 minutes and then expect to be left in shock at the prices of the drinks.

Even by London standards, tiger tiger is a very expensive place to buy drinks. A shot for £5, £5!!! A SINGLE vodka a coke for £9.50. I nearly feinted. These prices are quite frankly, ridiculous and tiger tiger are clearly taking advantage of the young city worker who is more than willing to flash the cash in front of his/her mates. 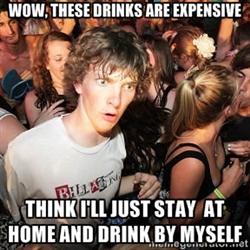 To be fair, I later discovered that tiger tiger have a happy hour from 5-8pm, where all drinks are 50% off. That’s great, but if you want to stay in one club all night, tiger tiger is going to be a very expensive affair.

The music was probably the best part of the night. Some classic tunes mixed in with some modern pop hits and some catchy house. Downstairs was an 80’s theme for some of the night which was really fun, then upstairs we had some Rihanna, followed by Whitfield’s ‘Saturday Night‘ which was possibly my favorite moment of the night (I dare you to listen to it and not sing along/dance).

The basement has more of a club feel whilst the ground floor is a mix of bar and club. I preferred the ground floor as it wasn’t as busy, it was easier to get drinks and it wasn’t a furnace. The basement club was really, really, REALLY warm. I mean, I don’t know how anyone could sit down there, let along dance for more than 10 minutes. Maybe it was just me.

I had a good time at tiger tiger, but that was probably more to do with the hen part situation rather than the club itself. It’s a nice place to go out, if you have the money, but there are just so many other places where you could have just as much fun for half the price.

I’d be happy to return during the 5-8 happy hour and finish the night elsewhere, but I can’t see myself paying nearly £10 for a single vodka very often. Great music, good atmosphere, way too expensive. Although having ended the night like this, I certainly got my moneys worth:

Drinks are very expensive. Cocktail making is a bit rushed but fun. Music is great.