The Queens Guard Playing the Game Of Thrones Theme Song.

It’s a match made in heaven. Game of Thrones is all about Kings and Queens, Lords and Lady’s, castles and palaces, so what better place to honour the most talked about show of the year than in the most regal place in the world, Buckingham Palace!

Today, the Queen’s guard surprised onlookers as they gave their rendition of the Game of Thrones Theme song.

This isn’t the first connection between the British Royal family and the fictional royal stuffed world of Game Of Thrones. The Queen recently visited the set of Game of Thrones, which is filmed in Northern Ireland and has a mostly British cast. 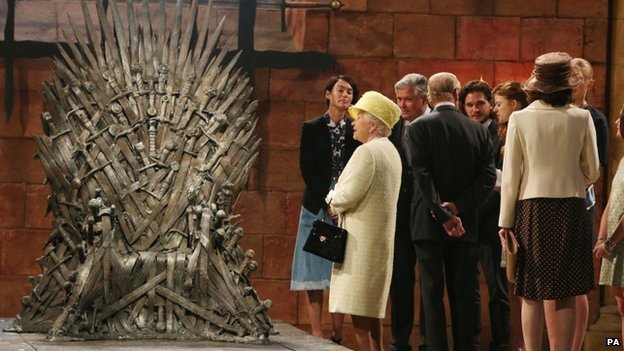 Perhaps her majesty is such a big fan of the show that she simply couldn’t wait till next series to hear the epic theme music again. After all, when one has a Queens guard one might as well use them.

What other theme song would you like to hear from the Queens Guard? Post your ideas in the comments below.

London Tourist Mistakes: 5 things NOT to do.