London’s population is now 8.4 million and is set to rise even more. 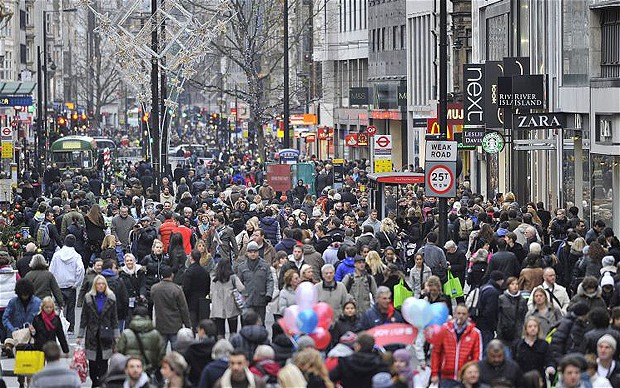 London is in the midst of a population boom and has been experiencing rapid population grown over the past 20 years. This has been caused both my high levels of immigration and a high birth rate. London is also set to pass its historic high point of 8.8 million people in just a few years. 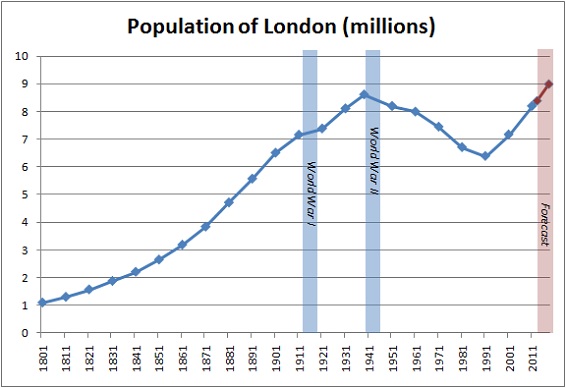 The population increase over the past year was fuelled by a surplus of births, which added 131,000 to the population, and high migration from abroad which added 79,500 people.

The question is, can London take this rapid increase in population for much longer? The rapidly rising (and unaffordable) house prices in London have been partly blamed on the rapid population increase and coupled with a limited number of new houses being built. This has lead to massive demand with not much supply and thus house prices are rising.

One solution could be to attempt to stop the population increase in order to decrease demand, but my belief is that this would be a foolish endeavour.  The reason London’s population is rising so quickly is because it is a place of opportunity that attracts the best and brightest to make a life for themselves here. It is for this reason that London receives massive publicity and investment to ensure it remains at the top of its game.

Should we cut investment in infrastructure, stop new industries from growing, reduce public transport provision? These would all lead to a fall in London’s population, primarily because the city would no longer be a fantastic place to live.

A much more sensible solution is to keep up with the population increase by introducing a massive house building scheme across the city. There is still a huge amount of derelict land that could be used to build tend of thousands of houses without the loss of any green space, fortunately the government has caught on to this idea and plans are already being made.

Battersea Power Station and the 7 designs that didn't happen