The Tower of London has stood the test of time for nearly a thousand years. The castle complex has existed for longer than most countries and has survived countless wars, revolutions and invasions. In recent years its biggest threat has come from the constant deluge of tourists flocking to visit each day, a comparatively easy task.

Who can blame them for flocking, though? Few places on earth are steeped in as much history as The Tower of London, not to mention the fact that the priceless crown jewels of the British royal family are stored here. So let’s find out why this massive castle is such a huge draw and what exactly is contained in within its ancient walls.

As I crossed the castles now empty moat and under its giant walls, the first thing I began to realise that this is a city within a city. There are houses streets, dungeons, a pub and torture chambers, everything a medieval King could want. There is so much more to explore here than just the main castle, also known as the White Tower, that is clearly visible from outside the walls.

The first door I went through turned out to be one of the aforementioned torture chambers. The guide notes on the wall stated that torture was relatively rare in medieval England, but it was often practised on prisoners in the Tower of London. The various equipment used were all on display, as well as the real markings on the walls left by prisoners hundreds of years ago. A bit creepy.

There are several other hidden corners that you can explore, with not much happening in any of them. I guess the real attraction is simply being able to walk into a 800 year old room. You can walk along the top of the walls which provides a pretty great view, then make your way back down and explore the grounds of the castle.

I think it’s amazing that people actually live inside these houses. I mean, who else can say their house is protected by a guard, a giant stone wall and a 60 foot high castle? Of course you aren’t going to find these houses in any estate agent, you need to be a beefeater, a ceremonial guardian of The Tower of London, to be bestowed with such an honour. 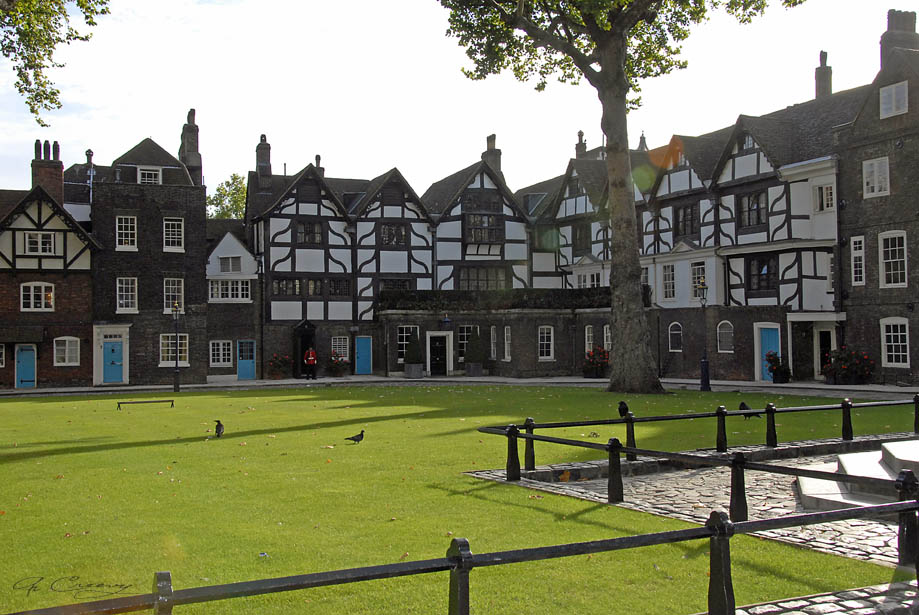 If you walk around enough you may come across this raven enclosure. At least 6 Ravens have been kept at the Tower of London for the past 500 years because of a superstition that says if the ravens are removed, the tower will crumble and great harm will befall the nation. The ravens are absolutely huge and are free to flock around the grounds of the tower. 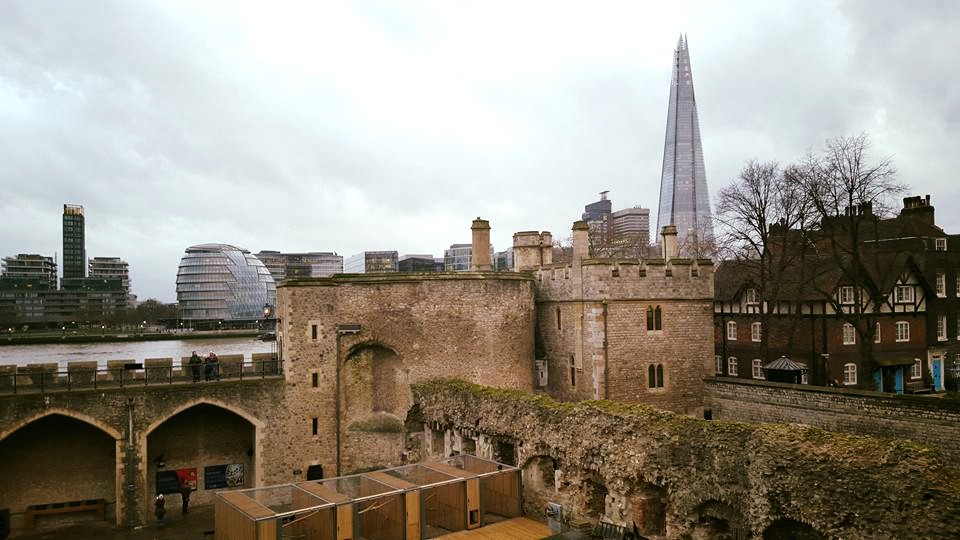 One of the grandest buildings in the whole complex is Jewel House, the buildings importance is signified by the constant presence of two sentry’s that patrol close to the main entrance. Some might say two guards isn’t enough, given that the building contains the crown jewels which are worth upwards of £250 BILLION. When you enter Jewel house you are taken on a bit of a history trip, videos and graphics depicting the rise and fall, and rise again of the British monarchy and how the crown jewels came to be created.

Eventually you are greeted by the first displays and let me tell you that they will be the highlight of your trip. These jewels are absolutely stunning and that’s coming from a man that doesn’t own a single piece of jewellery himself. It’s almost unbelievable how many diamonds can be crammed onto a single crown, let along the several dozen of display. As well as crowns you’ll see dress robes made of the finest furs, rings topped with rubies worth millions, giant solid gold sceptres that are big enough to knock down a bear and worth more than the contents of most banks. The opulence on display is so mind bogglingly impressive that it’s hard to get your head around the value of objects that don’t really do anything.

One slightly annoying facet of the experience is the complete ban on taking photos anywhere inside Jewel house, and the slight aggressiveness of the staff should you attempt to do so. No reason is given why photo’s are not allowed, I can only imagine they want to keep the jewels as much of a mystery as possible. I did sneakily take a few pictures but was eventually caught out and snapped at by a member of staff, I guess they are only doing their job.

The only thing left for me to see now was the white tower, which is hard to miss as the centrepiece of the whole complex. As I entered I was taken aback at the majesty of the ancient architecture as well as the sheer number of medieval artefacts presented on its huge floors.

The whole place looked like it could be the prop department of Game of Thrones, but then I realised that all of these are the real deal; knights actually wore this armour and used these swords in combat. The huge floors are full of objects used throughout the existence of the tower, along with plenty of information on the facts and history behind them. You can also go to the top of The Tower, unfortunately I arrived too late in the day and the closed the top, so I couldn’t go. I can only assume there are more artefacts we all as a nice view. 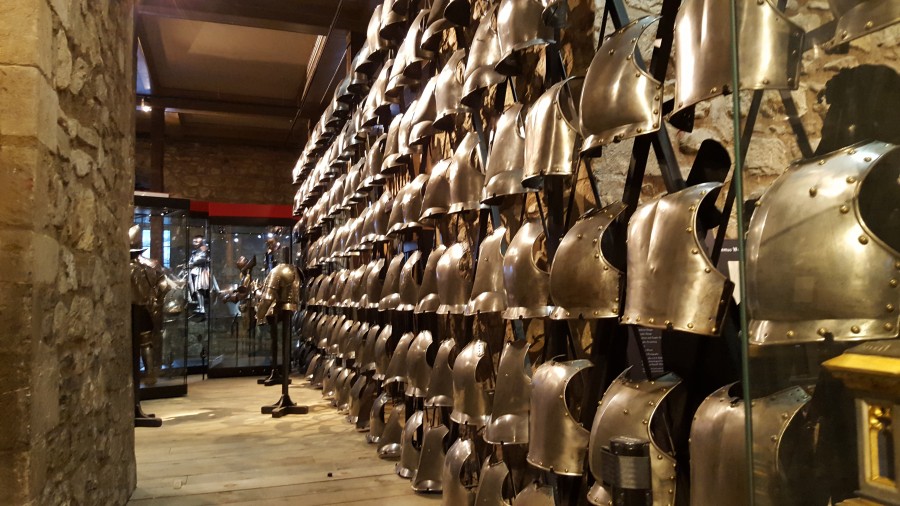 A trip to the Tower of London will cost you £23 for an adult and £10.50 for a child. Is it worth it? It depends on how interesting you find exploring historic buildings, because there are few places on earth that have played host to as much history at The Tower of London. Seeing the crown jewels is something special, but you are ushered along quite quickly and are not given the time to get up close to all the exhibits. I think tourists will love this place because it takes back to the periods of history where the British Crown was in its full glory. For me, it was interesting, but not overwhelmingly impressive.

If you want to buy tickets to the Tower of London in advance (it’s cheaper if you do) and read more than 300 other reviews then you can do so on this website:

7 Total Score
So much to see

This place is crammed full of history and you could spend hours exploring the whole complex. Perfect for history loving tourists.

The View from The Shard Review