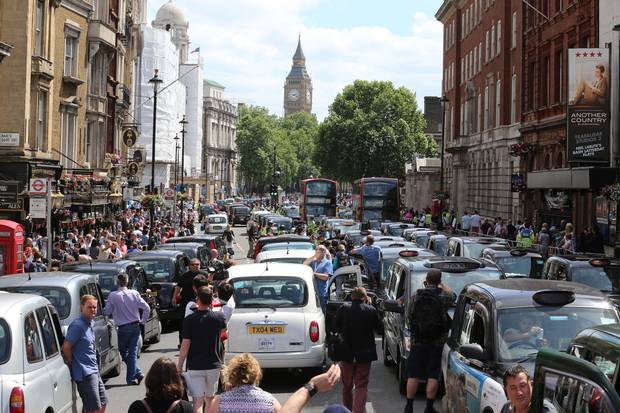 The scene in central London this afternoon as Cab drivers protest against Uber.

The cabbies are protesting against both Uber – who they say are breaking the rules of allowing unlicensed drivers to be booked as taxi’s – and TfL, whom the Unions say are turning and blind eye to the problem.

Uber is a taxi booking app that allows people to book and pay for a taxi on their smartphone. The app uses GPS tracking technology to allow the taxi driver to locate the customer.

By not requiring a licence, Uber can save thousands for each of their drivers and place a massive disadvantage on traditional cabbies.

Protests have been focussed around Trafalgar square and The Mall, where chants of ‘Boris Boris Boris, Out, Out, Out’ could be heard. 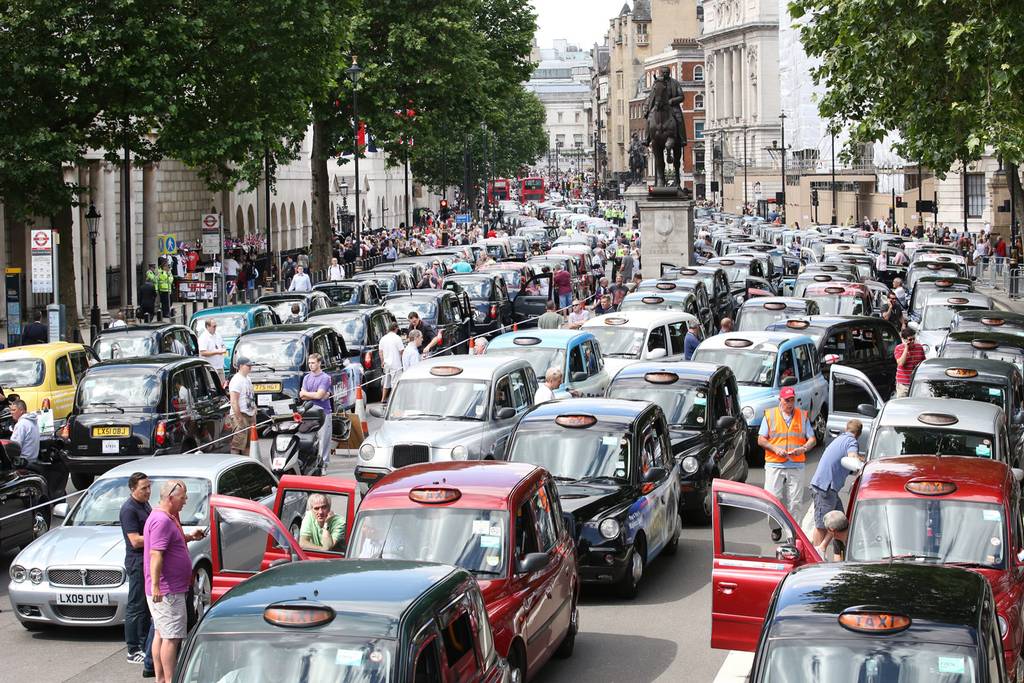 Whilst the protest will certainly catch the attention of TfL, the publicity surrounding it has led to an own goal by the black cab drivers.

It seems that due to the high level of news coverage surrounding the protest, many more people are now aware of Uber and therefore much more likely to use them. Subscriptions to the Uber service has increased by 850% following the blockade protest, allowing it to enter the mainstream of taxi service in London.

The taxi protest lasted till late afternoon on Wednesday and traffic returned to normal shortly after;  it is unclear whether the protest will lead to any change in the way Uber operates or how TfL regulates them.

The Olympic Park's Orbit is to be painted gold if England win the world cup!