The Olympic Park’s Orbit is to be painted gold if England win the world cup! 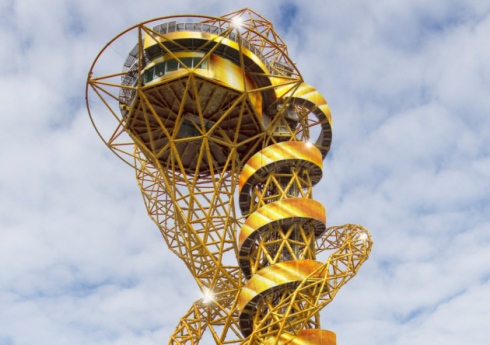 The Orbit in gold. Better or worse?

The world cup kicks off tomorrow and the dreams of a nation rest on the England squad in Brazil this summer. It was recently estimated that England winning the world cup could boost the economy by up to £2 billion, however bringing home the cup could have an unexpected impact on the East London skyline.

Bosses of the 114.5 metre Orbit – the largest sculpture in the UK – have announced that if England win the world cup, the entire structure will be painted gold in celebration.

The Orbit divided opinion when it was first built for the 2012 games, however many have grown accustom to it’s strange shape and I for one find it a fascinating and unique structure. A viewing platform has opened at the top of the structure offering stunning views of the Olympic park and the London skyline.

Mock ups have been released to indicate what the change of colour would look like and it’s hard to tell if it would be better or worse. 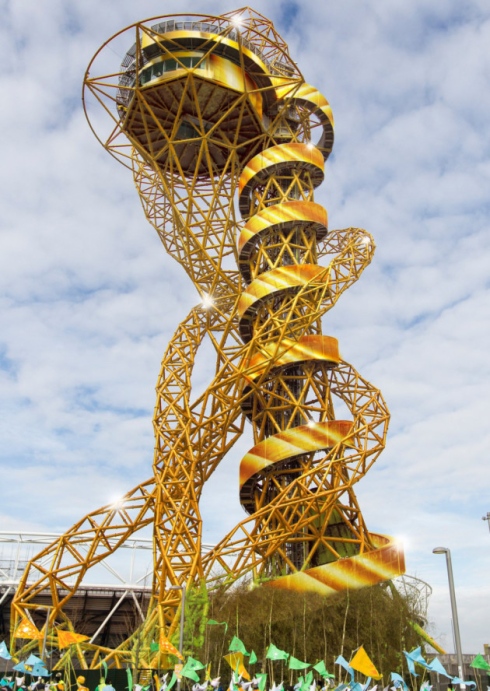 The idea stems from the 2012 Olympics, when post boxes were painted gold in celebration of each gold medal won by team GB.

Whether this is a serious proposition or a publicity stunt (the owners of the Orbit must REALLY not rate England’s chances) it could be cool to see a giant gold sculpture glistening in the summer sun over east London, or it could be a disaster. What do you think, gold or red? 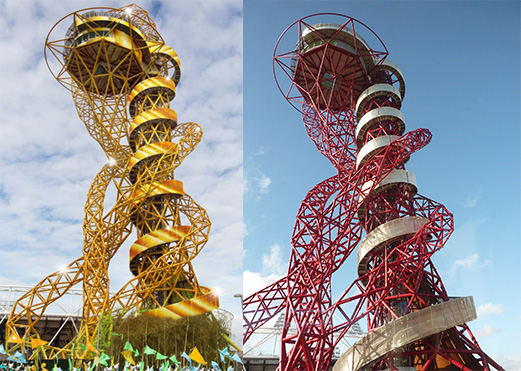 Which colour is best?

Battersea Power Station and the 7 designs that didn't happen