I moved to London a little over two years ago now, in February 2013. I couldn’t wait to escape the dull, little, semi-rural commuter town that had been my home for 22 years. I was ready for some adventure, some action, to be surrounded by this great metropolis with all its opportunities. It was obviously the best thing to do as a young man ready to take on the world, right?

Growing up in the suburbs everyone I knew talked about London like it was this great monster, that everyone should be on their toes as soon as you step off the train at St.Pancras. Well that’s what everyone over 40 thought, me and my friends on the other hand were ecstatic when the opportunity to go to London arose. My visits to London were rare enough that it still felt special every time I came and I certainly wasn’t accustomed to all the huge buildings and the hordes of people. All I knew is that I absolutely loved it and I simply could not wait to live here.

Two years on I sit here reflecting on that decision. Do I still love London? Yes, certainly. Has the shine worn off? Completely, and I’m also beginning to understand what those over 40’s in my sleepy commuter town were talking about when they called London The monster.

So what is it like to live in London? Let me take you through what’s going to happen in the first two years.

You’ve grown frustrated of your dull but comfortable life if your quiet town/village. Living with mum and dad might be great for your wallet and stomach, but you can no longer stand the thought hearing the words ‘what time will you be back’ again. Obviously you still love your dearest parents, but it’s time to go to the big city and make your dreams come true.

You are also bored out of your mind. The most exciting thing to happen in your village is addition of an electric car charging point by the car park next to the village hall.  It’s made headline news in the local paper where a local journalist has claimed it would ‘single handedly ruin the character of the village’. Urrg. Get me out of here. 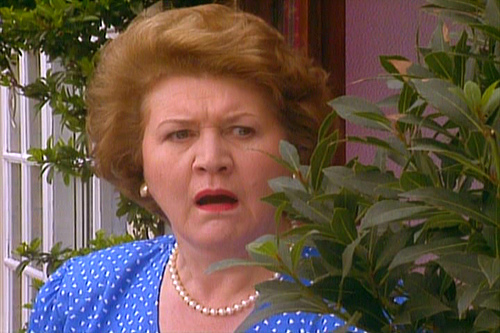 I’m going to write a letter to the Telegraph this instant!

You’ve found a job! OMG HOW MUCH! This sure beats the £6.70 you were earning at tesco express. It’s not your dream job, or even a job you are that interested in, but money is money! Now to find a flat. OMG HOW MUCH!!? Well, you’re earning 25k a year so a hugely extortionate rent bill won’t be a problem right?

So you leave your comfy suburban existence for life in the big city and you don’t look back! 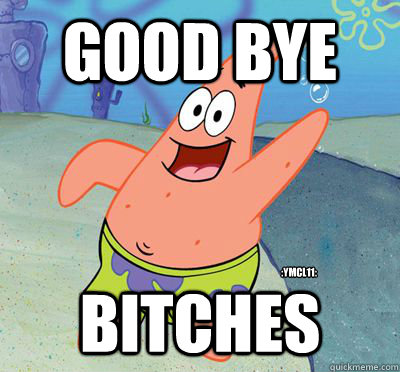 First Few weeks: Everything is awesome

You’ve moved into your tiny expensive flat and it feels like you’re on top of the world. The whole city is at your feet. You have foolishly moved into a flat in zone 1 because you wanted to be at the centre of the action. You don’t even look at your bank account because you’re earning shit loads so everything will be fine. 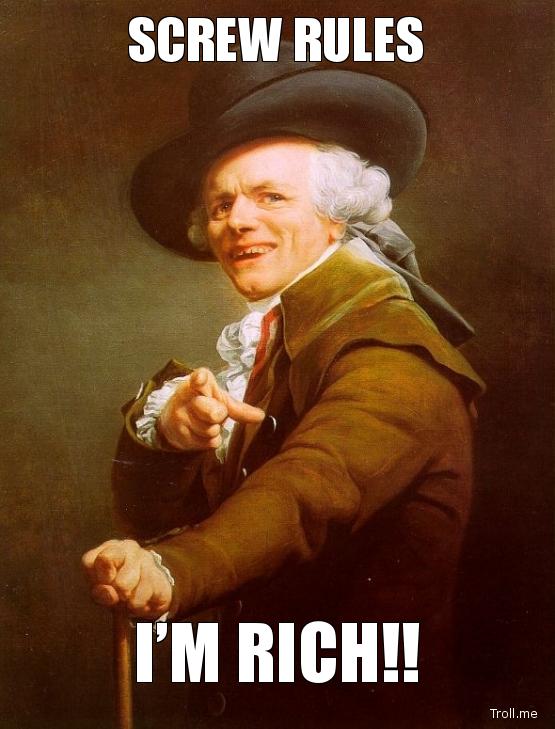 You are also completely amazed by the tube. A train every 3 minutes seems like a miracle to you, considering you’d be lucky to get one every 35 minutes in the backwater you just moved out of. Also buses, buses everywhere!! You’re going to have absolutely no problem getting around this big bad city; sure, it’s a bit busy in places, but you remind yourself that you like the ‘hustle and bustle’.

Living in London is a blast. You’ve made new friends at work, you’ve got to know the area you live in and you’re out most weekends with your camera, exploring all these hidden London treasures that you never knew existed. The night life is great, but you are shocked by the numbers on the receipts you find in your wallet the next morning. 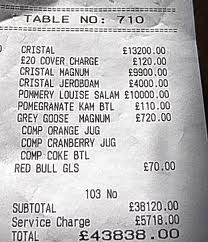 The average round in London.

You tell yourself that splashing out is fine when you’re earning a top London wage. You check your bank account for the first time in 5 months and realise you have less money than when you left home! You don’t panic because all you need to do is cut back on the partying for a while and that should be the end of your money troubles.

The commute to work isn’t as fun as it used to be. You’ve been bumped into, pushed and prodded on more than one occasion. You’ve probably just been unlucky to be standing next to some rude people, probably tourists.

You’ve just transferred another month’s rent to your landlord (who still hasn’t fixed the shower) and then it hits you ‘I’m. So. Poor’. But you can’t understand why; OK, so moving into a zone 1 flat in a skyscraper with a gym and sauna may not have been the best idea financially, but you don’t have many other expenses. Only food. And drink. And your travel card. And clothes. And spotify. And the phone bill. And the electricity bill. And the water bill. And the Council tax bill. Shit. 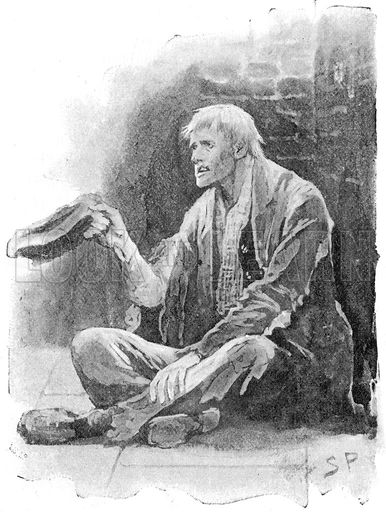 Please. I only need enough to pay for my netflix subscription

OK so you’re poor, so what! You’re still living the dream in London right! Well, you haven’t actually done anything interesting for a few weeks but you’ll get round to it. There are probably loads of cool free things to do anyway. Yeah London is still great! What’s that? No Northern line all weekend. FOR F*** SAKE AGAIN!?!

You’ve had to move out of your zone 1 shag pad. You finally realised that you’re not a city banker and that the only bonus you’ll be getting is a work dinner at nandos. You’ve moved to a distant zone 3 which seems a bit barren by comparison ‘so many semi-detached houses’ but it’s still a far cry better than going back to live with your parents in what would be zone 86.

Whilst this move has saved you a ton of money, it has meant that your commute has been extended from 2 stops to 12 and your relationship with transport for London has taken a turn for the worse; you no longer see the tube as a miraculous invention but a giant behemoth of inefficiency and misery.

You are single drone among many. You wake up at 7am each morning and force yourself to leave your house; you wonder why everything is so grey all the time as you sit on the bus, praying that no one sits on the seat next to you. You join the crowds at your nearest tube station and squeeze yourself onto the carriage. You make every effort to not project any body language which may imply you are available for conversation. 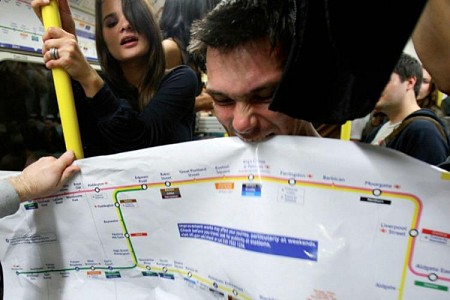 You arrive at your job which you now despise, a feeling which multiplied exponentially when you realised how average your pay was and how it brings you no fulfilment in life.

You have done none of the things you told yourself you would when you moved to London. You haven’t been to any museums, festivals, historic buildings, visitor attractions or parties, because any free time you have is spent wallowing in self-pity in front of your laptop screen.

You have a few friends, but they are all on the opposite side of the city and it takes over an hour by tube to get there. You realise how ridiculous is it that it takes 1 hour to travel 12 miles. You could have flown to Paris quicker. Why did you move here again?

You find a new job, something you might actually enjoy doing. The pay is even slightly better than before but now you know it’s still very average for London. You move again, this time to be closer to your friends; the area is even less glamorous than before but you realise it doesn’t matter. You start saving for days out and make the effort to go experience some of the great things London has to offer. You start to remember why you wanted to live in London. 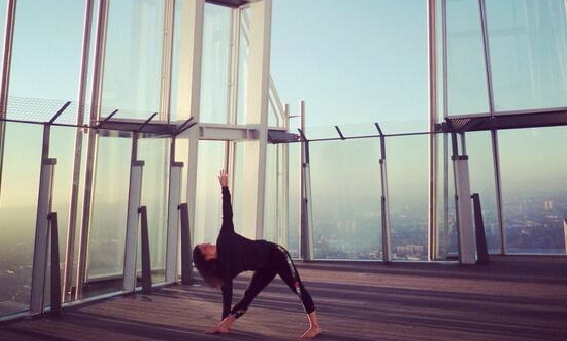 Now you remember why you moved to London. To do yoga at the top of the Shard! Duh.

You realise that despite all of the shit that city life has thrown at you, you’re still here, trying to live your dream. Living in London has been the biggest life lesson you’ll ever have, it’s forced you to grow up, manage your expectations and most of all its taught you that no matter where you are or what you do, only you can take the actions necessary to improve your own life.

So what’s the moral of this little story? Living in London is a great experience, but just being here won’t suddenly make your life an endless amazing adventure. You need to really think about why you want to come here and what you want to do. If you do your research and manage your expectations then living in London will be at lot easier and a lot more fun.

What happens after two years? Damned if I know, but I’m going to stick around to find out!

Follow me on my travel instagram for stunning pictures from my adventures in London and other amazing places around the world: