Churchill War Rooms Review – A fascinating look into the past.

A fascinating trip back in time.

During WW2 the government was forced underground when Nazi air raids threatened every building in central London. These huge underground fortresses were constructed beneath important government buildings and were used to plan the war effort. Known as the Churchill War Rooms, the secret underground maze still exists today and is now a museum to the war effort and the great war time leader himself.

The War Rooms have been faithfully reconstructed with original war time objects so you can experience what life may have been like for those working to defeat fascism whilst being bombed constantly from above.

The War Rooms are very centrally located, just 10 minutes from either Westminster Station or St James’s Park station. The entrance is small but don’t let this deceive you, the museum itself is massive!

I arrived just before the museum opened at 9:30am and there was already a small group of people waiting to enter. These were mostly tourists, perhaps enamoured by Netflix’s recent British Drama The Crown, which features Winston Churchill heavily. In any case, this is one of London’s most popular paid museum and it’s not hard to see why.

As you enter you’ll immediately begin your decent underground, just a few short flights of stairs. You can either purchase a ticket at the desk or show your pre-booked ticket. You can then make your way into the War Rooms and begin exploring the underground cavern.

You’ll be provided with an audio guide (available in many languages), which will provide you with information about the rooms, what happened in them during the war and other interesting factoids. I usually hate audio guides, I prefer to explore at my own leisure, but I gave this one a go and it was actually very interesting. If you don’t use the guides you may miss out on some interesting features that you will likely otherwise miss. 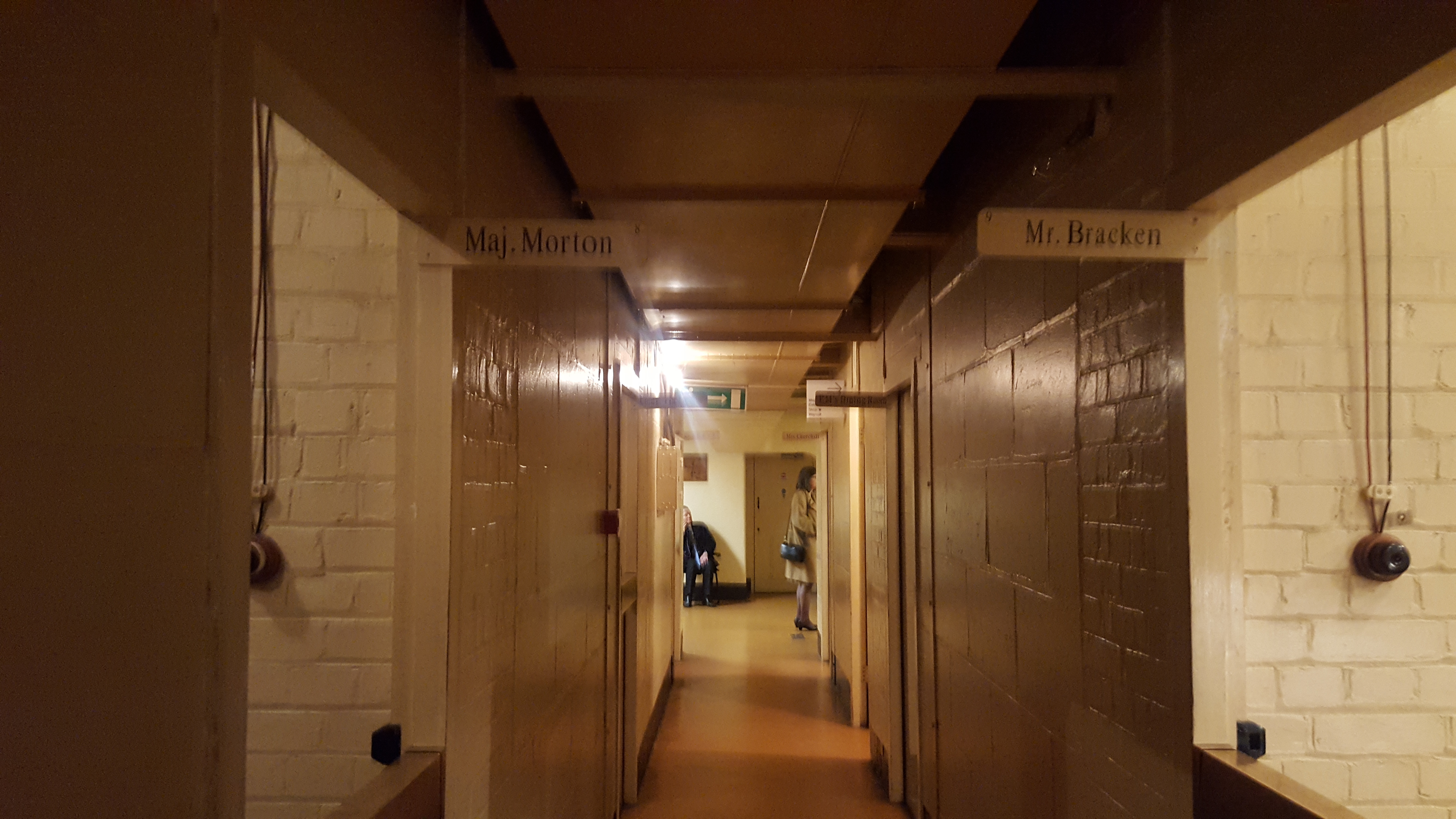 The first room I came across was the Cabinet War Room; this is where Churchill would meet with his cabinet in times when doing so above ground proved too dangerous. The room is faithfully recreated with the actual objects used during the war. Some very important decisions the affected the world for decades were made in these rooms and its fascinating to see them in person; then again I am a bit of a history geek, so maybe it’s just me. 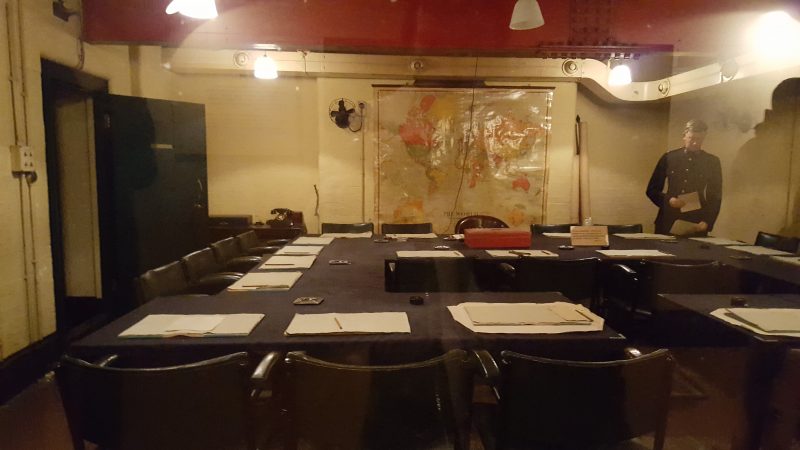 You’ll find yourself walking through corridors and hallways attached to rooms hidden behind barriers. You can’t actually enter the rooms for fear people may disturb the artefacts, however you do get a real sensation that this is what it would have looked like. The whole place feels very authentic and militaristic. 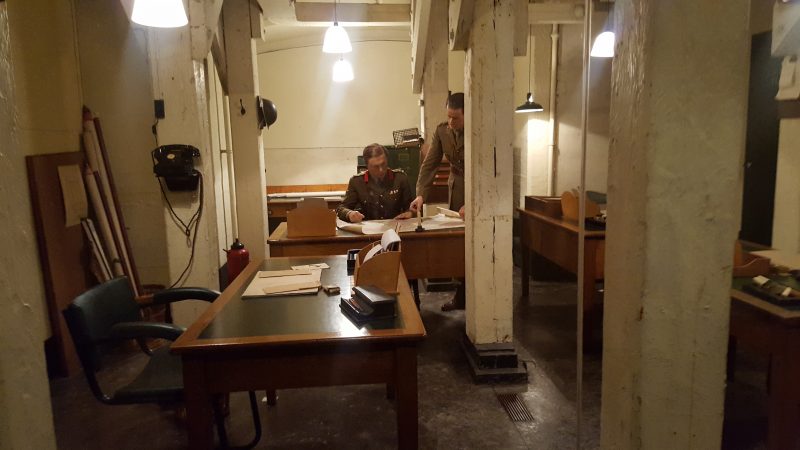 Some of the more fascinating rooms are the quarters of some high profile government officials. These are the rooms the leaders of the country would have lived in whilst working in the underground bunkers. They appear to be little more than prison cells with a bed, desk and basic amenities. Even Churchill was reduced to a small square hole in the wall room, but then again he did get his own private bathroom.

After about 20 minutes of exploring various hallways and corridors you’ll be directed to the Churchill Museum, which I guess is a museum within a museum! This huge room is dedicated to the live of Winston Churchill from birth till death. The sheer size of the room is daunting and a testament to the extraordinary life Churchill led. 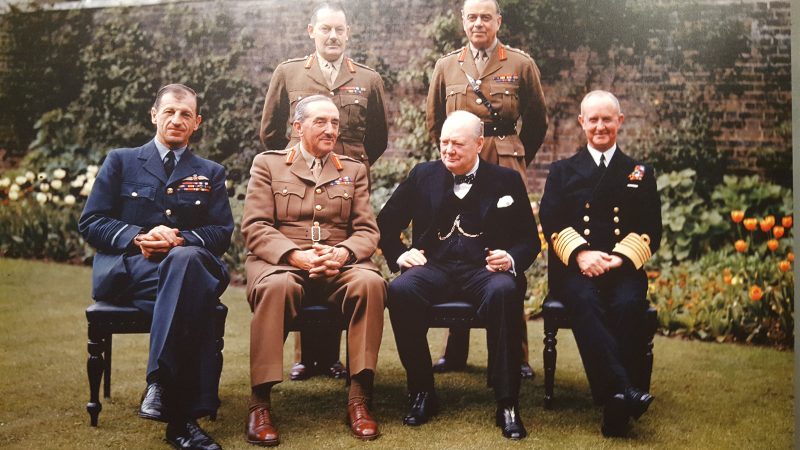 The museum features videos, interactive screens, artifacts from his life and recordings of his most famous speeches. I was pleasantly surprised at how interesting and enthralling this exhibition was; I must have spend 45 minutes exploring the life of this one man.

After you’ve had your fill of Mr Churchill you can return to exploring the underground War Rooms. You’ll see the various map rooms where battles were planned and plotted. 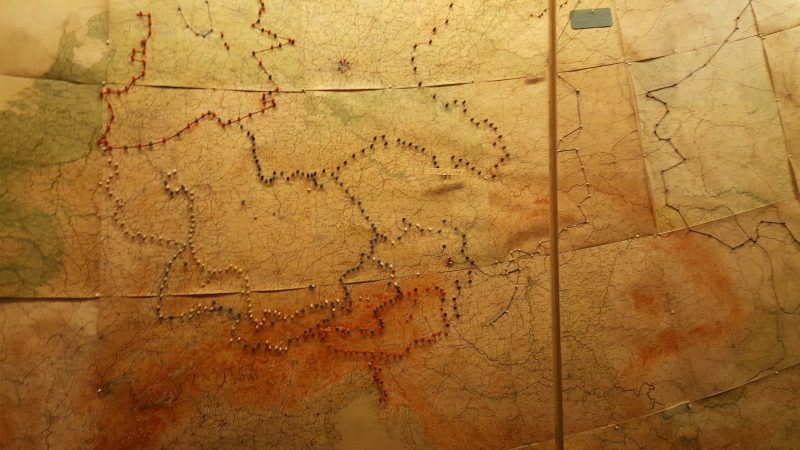 I found these to be the most interesting part of the exhibit as they are filled will real documents pertaining to the war effort and how the government utilised the country’s resources to win the war.

After another 20 minutes of exploring you’ll come to the end of the rooms and through the gift shop. For once I was actually tempted to buy a Churchill Mug or t-shirt, but I resisted! The exit brings you back to the same street as the entrance and you can continue exploring central London withe the knowledge that it’s all still here largely thanks to the efforts of the people who worked in those War Rooms.

As for how long you should give to visit the Churchill War Rooms, I suggest allowing at least an hour, possibly an hour and a half if you want to really explore every corner of the museum. The War Rooms are located within walking distance of other major London landmarks and two tube stations.

There are a lot of free museum in London, this isn’t one of them, however worth every penny as far as I’m concerned. Visiting the Churchill War Rooms is as close to stopping back in time as you can get, and I think its very important to step back to a time when the country (and the world) was in its darkest hour.

So authentic, so faithfully recreated, I can’t think of a negative thing to say about the War Rooms! It does what it sets out to achieve. Perhaps one suggestion would be to include interactive screens throughout the museum so provide a more immersive experience.

If you couldn’t care less about history, the war, or Britain’s role in it, then this isn’t the place for you. If you want to experience a taste of life during the greatest struggle this country has ever seen, and how we overcame it, then the Churchill War Rooms is the place to go.

Up at The O2 Review | Climb Over the O2 Arena

A New Cocktail Bar for Clerkenwell!