Winter in London guarantees the arrival of two things: even more miserable tube journeys and a deluge of ice rinks. It seems that every London borough has its own ice rink; some are small, some are huge, some are quiet but most are crowded. I tend to make the effort to try an ice rink at least once while they are around, yet I only seem to get worse at it every year.

Despite my lack of skill on the ice, I decided this year I would try out one of London’s most popular ice rinks in Canary Wharf, this year branded as Luminocity. I chose this particular rink because of the huge LED roof which provides an amazing light display as you skate, so even if I struggle to move, at least I can enjoy a light show.

Luminocity is located right in the centre of Canary Wharf, about a 5 minute walk from the tube station. It’s exact location is Canada Square Park, Canary Wharf, London, E14 5AB.

If you’ve booked tickets in advance (I suggest you do) you can simply walk in and have your tickets scanned on your phone. There is also a box office if you prefer to buy your tickets on the fly. Your tickets will give you one hour on the ice and includes skate hire.

Once you’ve got your ski’s on you are free to waddle over to the rink and get started. The rink is definitely on the large side, but you’ll also likely be joined by many other people during your 1 hour session. I wouldn’t say I found the rink over crowded, but you may find yourself bumping into a few people if you struggle to control yourself on ice skates.

You’ll immediately notice the 8km of LED lights hovering above you. The vast array of lights, mixed with a range of pop songs, Lady Gaga and Michael Jackson were heavily featured, certainly make for a much more entertaining experience. I often found myself abandoning any hope of successfully skating for more than 10 seconds at a time to just stand still and watch the thousands of LED lights do their thing.

On the rink you’ll also notice 5 or 6 staff members. If you don’t notice them by their blue uniform then you’ll notice them by their expect skating skills. Seriously, they look more at home on the ice than a fish in the sea. They are there to help people who fall over and give some tips on how to increase your confidence on the ice.

Is it child friendly?

During my session at Luminocity there were dozens of children happily skating much more confidently than me. Children’s tickets are slightly cheaper than adults, so the organisers at the ice rink and clearly going for a family friendly vibe.

Your ticket will pay for 1 hour on the ice, which was enough for me. By the end of the session my confidence had risen and I was happily skating without holding onto the sides, but even with the amazing light show there is only so many times you can skate in a circle before boredom starts to set in.

More seasoned ice skaters may prefer a longer period which which to practice jumps and turns, however this probably isn’t the venue to be attempting such things anyway.

You may have worked up a bit of a thirst after an hour of skating, thankfully there is a huge indoor bar attached to the ice rink where you can quench said thirst or even grab a bit to eat. The winter themed bar is conveniently located, but don’t expect a bargain in this very expensive part of town. 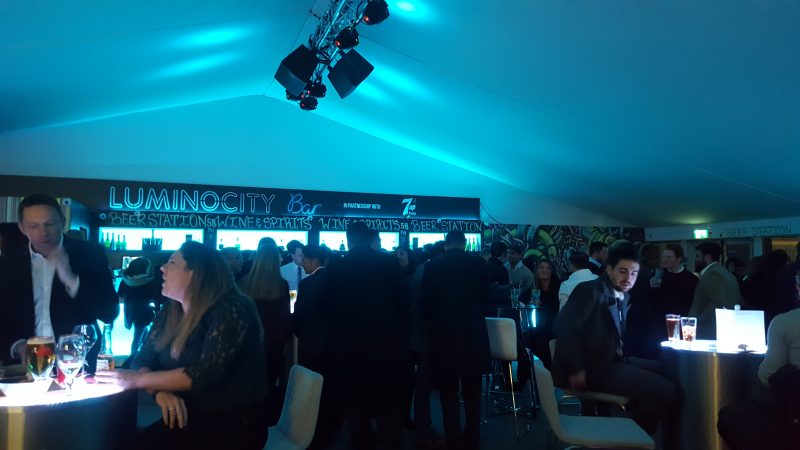 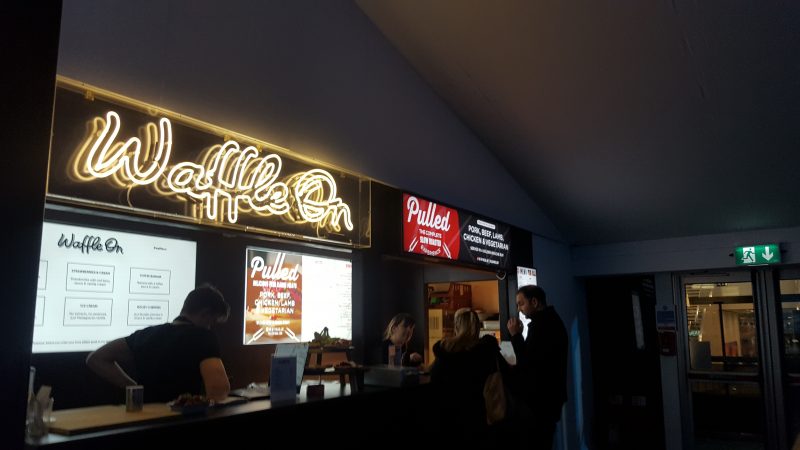 An off-peak adult ticket for Luminocity will set you back £14.50 and a peak ticket will cost £16.50. Children pay £10.50 and £10.95 respectively. These are probably some of the most expensive prices for an ice-rink in London, so is the price justified? I’d say yes if you, like me, are a 1 time a year ice-skater who has no intention of actually becoming good at the sport. The light show may seem like a gimmick, but it actually adds a lot to the experience and is very impressive to look at.

If you are a seasoned skater or you actually want to try and improve your skill on the ice, then the music and lights are probably not worth the extra expense and a less popular rink is probably more suited to you.

Luminocity is open until the 25th February 2017 and you can book tickets online here: http://www.icerinkcanarywharf.co.uk/

It's an expensive, but worth while winter activity made 100x better by th stunning LED light displays.

A New Cocktail Bar for Clerkenwell!